I’m currently enrolled in a moral psychology class. We spend a lot of time talking about human moral instincts — the ways we think about moral situations when we haven’t had time to reflect on the consequences.

Sometimes, our instincts are excellent; they help us save people from oncoming trains when there’s no time to think about alternatives. But other times, they lead us down strange paths.

Many studies have shown that people are usually natural deontologists; they instinctively think about moral decisions in terms of duties and rights, rather than measuring the consequences of each possible action. Sometimes, they’ll also think in this way even when they have time to consider a problem carefully. For example, some people say that they would choose to sacrifice the lives of five people to avoid killing one person through their own actions.

(For an excellent overview of moral instinct, skim this paper from Joshua Greene.)

I am a utilitarian; I believe in trying to take actions whose outcomes are as good as possible. When I examine the trolley problem — or any similar dilemma — my goal is to bring about an end result that leaves as many people alive and healthy as possible.

In this post, I discuss classical moral dilemmas using different “frames”, with the goal of helping people look at controversial situations from new angles.

If you’re a utilitarian: I hope you find some of these thought experiments useful in your next moral discussion. Post your own examples in the comments!

If you aren’t a utilitarian: I hope that some of these experiments make you think about moral issues a little bit differently. Feel free to counter with your own examples in the comments!

(If you spot any weaknesses or unfairness in these thought experiments, please let me know so I can improve this post. As of 2016, they’ve also been criticized on Reddit, so that might be worth reading.)

You’ve gone hiking with some friends on an abandoned railroad track that winds along the edge of a deep gorge. Falling from your height would certainly be fatal, but you have plenty of room to walk safely. On the other side of the gorge, your group spots a single hiker, on a separate stretch of the track. A few hundred feet ahead, the tracks come together at a switching point, which formerly allowed oncoming trains to run along either track. The lever used to switch between tracks protrudes from the ground a few yards away.

You’ve settled down to eat lunch when a member of your group spots the impossible — a train, roaring down the tracks ahead.

The train is headed straight for you, but it hasn’t arrived at the switching point yet. If someone could switch the train onto the other set of tracks, your life would be saved. So would the lives of your friends. You’d live to see your children again, and your spouse, who you left at home this morning when you went hiking, giving them a quick kiss before you said goodbye.

But someone would have to switch the train, and there isn’t anyone… WAIT!

A figure dressed in a railroad uniform is standing right by the lever that would switch the train onto the other tracks! The hiker on the other side of the gorge would be killed, but that’s only one person, and there are five of you!

Your group begins shouting at the person next to the lever. Switch the track! Help us! Please!

You’re just close enough to see the person turn their head. They look at you. They look at the single hiker on the other track. Back to you. They aren’t doing anything, and the train is getting closer and closer. Finally, they back away from the lever, turn their back to you, and clamp their hands over their ears, as though to block out your shouting. The train speeds past the switching point, barreling down the tracks toward your group. You are all going to die. Your children will never see you again.

Your last thought, of course, is of the face of your spouse. Tears form in your eyes as the roar of the train grows louder and louder.

But your next-to-last thought is different — more a burst of pure shock than anything concrete. If you had the time to express it in words, the words would be: Why did they do that? Why didn’t they save us?

The Hands of Fate

Rewind to the beginning of the runaway train story.

This time, though, you aren’t playing a particular character. Instead, please use this random number generator to choose a number, setting “min” to 1 and “max” to 6. Or, if you have a six-sided die handy, roll it.

If you got a number between 1 and 5, you are one of the five hikers who die.

If you get the number 6, you are the hiker who lives.

Now, run the random number generator a few times. Consider the fact that you might someday encounter a situation like this firsthand. You won’t be trapped on train tracks, but you might be trapped in a healthcare system that has to allocate money efficiently,  or encounter a natural disaster that leaves triage units choosing which lives to save.

And even if you never become dependent on another person’s moral choice, many other people live in that state of dependence, every day. (You’ll meet some of them in a minute.)

The Choice: Part I

No more random number generators. Now, you are the person standing at the lever. You can act, or not act. If you act, one hiker will die. If you do not act, five hikers will die.

Will you pull the lever?

You are a child living in rural Nepal.

Your family is very poor; you barely have enough to eat. But still, you are happy. You attend school on a regular basis, you help your parents with chores, and you spend a lot of time taking care of your baby sister.

One day, you get sick. You start to cough up blood, and you often wake up lying in a puddle of sweat.  You are losing weight, and you were already skinny to begin with. Your parents keep you in bed and give you water, because the nearest medical center is a full day’s travel away. But when you don’t get better after a few days, your father leaves to find medicine.

He arrives home looking miserable. The workers at the medical center gave him medicine, but he knows that the pills he has will not cure your sickness. The treatment for the disease you have contracted (it’s called tuberculosis, though you don’t know the word) is extremely expensive — it costs over 200,000 rupees ($2000), which is more money than your family makes in two years.

Meanwhile, in the United States, a charity called the Make-A-Wish foundation spends, on average, $7500 per child to help kids like you, with diseases just as life-threatening, feel better for a while. Their work is beautiful, visible, and makes a big impact in some ways — but they do not save very many lives, if any. Instead, they buy tickets to Disney World.

You don’t know that this charity exists, and if you did, it would make no difference to your life. You aren’t very visible, because you live far away from people who can afford to donate money, and because most of the charities that help kids like you aren’t very famous. (Certainly not famous enough to take over one of the world’s richest cities for an entire day.)

Your father gives you the pills. They lower your fever and make you feel better, but soon the symptoms return, stronger than ever. By the end of the year, you will be dead, and so will your sister.

There are charities working to improve care in Nepal, so that every child has access to tuberculosis treatment, but they lack the funding to operate in your part of the country.

The Make-A-Wish Foundation granted almost 14,000 wishes in 2012, and it continues to expand every year. 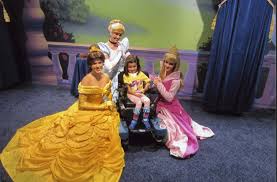 The work of the Make-A-Wish Foundation is very colorful.

You are standing next to a “lever”. It isn’t a physical lever, like in the runaway train scenario. But there are two paths, just the same.

You could spend money on a charity that will use it to help a small number of people in the United States. Or you could help a much larger number of people who live in a much poorer country, but whose lives, in most ways, are very similar to those of Americans — they laugh, play games, fall in love, and work hard at their jobs.

Almost all of the money that Americans give to charity goes to help other Americans. The “train” in this scenario is rushing towards the rest of the world. But you have the chance to “pull the lever” and change the lives of many people. There will be consequences. But every decision — even the decision not to pull — has consequences.

Will you pull the lever?

I use this line of thought, which you could also call a “mantra”, to help me donate to charity, even when it seems hard:

It was a random accident of fate that I was born into my own lucky circumstances. But people born in other circumstances are just as real as I am, no matter where they live, or how similar they are to me.

Before I decide what to do with my money, I will try to see through the eyes of all the people my decision affects. I will imagine the future of the world after each decision I could make. Only then will I decide.

It often takes a long time for me to choose where to give, but I am faithful that my giving makes a strong impact.

(I still don’t donate nearly enough money, but I’m slowly increasing the percentage of my income that I give away.)